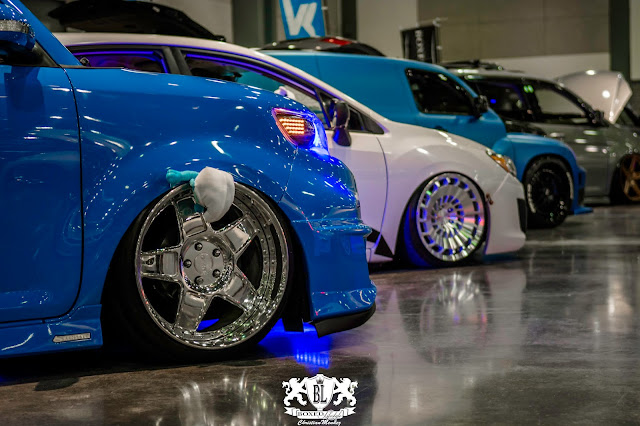 Since December 2014, Wékfest has been a staple of Boxed Lifestyle's show season and 2016 was no different. We were originally scheduled to bring 10 builds to the event, which quickly became 7 as Alex's Nissan Cube and Emilio's xB did not leave their respective body shops in time and Gilbert's Honda Crosstour was unable to make the trip due to a last minute schedule conflict.

New to this years Wékfest lineup was Zach's Subaru Impreza which is a great example of what we call a "HaGon". A HaGon by our definition is a crossbreed between a wagon and a hatchback. If you have a rear door car with a small third window on either side, you have a HaGon.

Wékfest is just one of those special events. Even our third time around, it is still refreshing to take in the atmosphere Junior and the Wékfest staff strive to provide. Wékfest draws some of the best builds in the region without all the drama. Which is so rare to find these days in this new "car scene" era where the cars that are in the show some how take a back seat to a C-List rapper or a dance off.

My goal moving forward with this blog is to bring attention to other Bovagon and Microhatch builds at events we attend. I will be developing this section of my posts further and expanding the amount of builds. Here is a pair of builds that caught my eye from Wékfest.

Our next post should be toward the end of January for Gulf Coast Motor Fest. After that will be BoVaGon on February 5, 2017 which we are still accepting VIP applications and pre-registrations for.

Shout out to Chris Mendez of USA Stance for providing the visuals.

So as everyone is already aware, earlier this month we had to cancel our annual BoVaGon event. Like many of you, we were disappointed by the unfortunate timing involving BoVaGon 2 and Hurricane Matthew. The good news is, BoVaGon 2 has been rescheduled for February 5, 2017. Though, you may be asking yourself "how can I get my Bovagon fix?". "How am I gonna survive another 4 months without seeing a bunch of epic Boxes, Vans, Wagons, and Micro-Hatches all at one time?".

Well, Gettinlow.com has you covered! A couple months back Boxed Lifestyle and GettinLow came together in conjunction with VK Indonesia to bring you Bovagon day at Urban Klub. Urban Klub part 5 took place October 14-16 and we couldn't be more impressed with the turn out.

While the event coverage article provided by GettinLow is best read using a Google Translator language of your choice, the photographic coverage of some of the most unique Bovagons requires no translation. From big body Volvo wagons to RA Odysseys; from the lightly modded rides to the extreme biuilds there seems to have certainly been something for everyone at the event. We were impressed with not only the strong variety of Bovagon builds but the quality of the builds on display are what many of us aspire to.

The coverage on GettinLow.com supplies over 13 pages of photos for your viewing pleasure. Talk about getting your Bovagon fix.

We here at Boxed Lifestyle are honored to have been given the opportunity from GettinLow to be involved in Urban Klub let alone help bring a Bovagon event to Indonesia. We look forward to seeing what Bovagons and Micro-hatches come out in Indonesia next.

In the mean time, head over to GettinLow.com to check out the event coverage for yourself!

Being a Car Enthusiast Since, I Don’t Know, Ever? 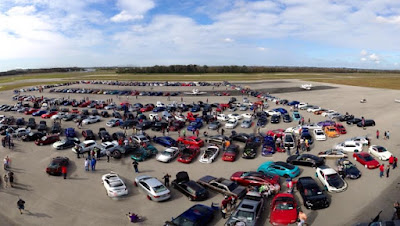 I recently read an article by a similar title composed by Blake Jones named Being A Car Enthusiast in 2015. While I see where Blake was going, I was waiting for the portion of the article where he tells me to get off of his lawn or for him to call the police when I accidentally hit a baseball through his window.

The point being; the car scene is the same thing it’s been since…I don’t know, ever? Everyone freaks out when new styling trends hit the scene, the medium of the media changes, or realize that all of a sudden you can find out what people actually think about something.

Do you find “stance” stupid? Does “negative camber” bring you internal feelings of fury? Does the idea of over fenders leave you in a lurch? If this is you, then you probably had a midlife crisis when your best friend traded in his bucket hat and Reebok Pumps for a 59Fifty flatbill and a pair of Air Force Ones.

Just because the style of today's builds have changed doesn’t mean that the look everyone likes today is garbage. Look into the late 80’s through 00’s builds. They feature neon underglow, ridiculously huge bodykits, blinding chrome wheels, etc. Today, these are modifications that most people would more likely associate these modifications as tacky, out of style or ricer.

The car scene, just like everything else you encounter changes style over time and there’s no stopping the change train. Look at the way businesses operate, the strategy of professional sports teams, mainstream art, or modern fashion. They all change with the times so why can’t the car scene? It’s only inevitable. Aren’t we entitled to make our own mid 2010’s soon-to-be tacky car art?

There will always be horsepower heads, interior/VIP nuts and decked out show builders but the styles of the aesthetics are always shifting.  That’s just life and you have to learn to accept that.

Now to the part where we worry about the takeover of technology. The internet is just today’s digital magazine with less editorial control. Now more then ever you can seek what you specifically want to see and I don’t see what’s wrong with that. Isn’t more freedom to choose better? Isn’t that what free markets are all about, having choices?

For instance, I personally have always been an import hatchback fan but never enjoyed Mopar, which is why I only attend import shows. Why should I have to buy a magazine that has 2 Mopars, 1 Firebird, and 1 hatchback in it because that is whats in the newest monthly issue of “XYZ Car Magazine”? Doesn’t it seem much more effective to go to 1 or 2 hatchback focused websites, a hatchback forum and follow hatchback pages on social media to get my fix? Why should I walk 3 miles through the snow, uphill, at five in the morning just because that’s how it was back in your day? If that’s how you like it, that’s your right but 2015 is about options and I’m not reading my car scene literature on stone tablets so you can better relate to it.

When you complain about internet negativity, I get it. I’ve seen people have their builds shunned and leave the scene from it. The reality is those comments are truth. Those are those peoples actual opinions for the most part (minus the trolls). Imagine that, people actually telling you their real opinion.

In a time when parents of my generation instituted the “everyone gets a trophy” standard and people love to complain about trust issues, someone actually is offering something you have been searching for your whole life. Honesty. You don’t have to like the response to your build online, but at least you can hang your hat on the idea that people are telling you how they see it.

So the next time you want to complain about the smell of my exhaust, the sound of my engine and the uselessness of my excessive negative camber when I pull my car out of the garage to go on a cruise, maybe you should just close your window, pull down the shade and sit back down in your armchair of yesteryear.